4 Manifestations of God’s Favor Toward Us 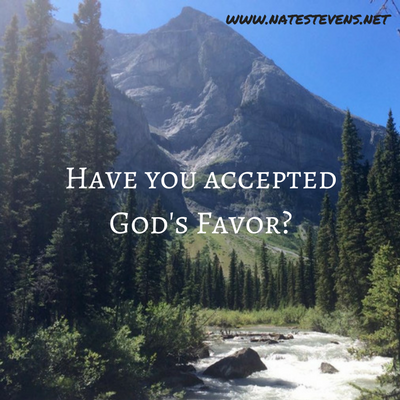 But now for a brief moment favor has been shown by the Lord our God (Ezra 9:8, ESV)

God’s grace is constant; His favor is conditional to obedience and His periodic opportunities.

The prophet Ezra mourned the Israelites’ deplorable conditions. “O my God, I am too ashamed and humiliated to lift up my face to You; our iniquities have risen higher than our heads, our guilt has grown to the heavens.” (Ezra 9:6). As a result of forsaking God, a foreign nation captured and enslaved them. Yet, God heard their prayers for deliverance and compassionately returned them to their homeland. Even so, Ezra acknowledged God had granted them a brief moment of favor.

According to Ezra, God demonstrated His favor by bringing a remnant back from captivity. Graciously, He gave them a peg in His holy place, enlightened their eyes, and granted them revival in their bondage. By dissecting each category and applying it to present-day conditions, we see four equivalent manifestations of God’s favor toward us.

Allowing a Remnant to Return

God allowed a few people to escape their Persian captivity (Ezra 9:8a). This echoes several statements by Jesus. “For many are called, but few are chosen” (Matthew 22:14). The invitation to a personal relationship with Jesus is universal. Sadly, only a few respond. “Narrow is the gate and difficult is the way which leads to life, and there are few who find it” (Matthew 7:14). Here again, most people take the broad, easy road toward their own destruction Only a few hear the Savior’s voice and respond to His invitation of life and favor.

This manifestation of favor is for those who respond to Christ. “But as many as received Him, to them He gave the right to become children of God” (John 1:12). If you are part of this remnant, praise God for His favor toward you.

Giving us a Stake in His Kingdom

Ezra recognized that having “a peg in His holy place” was also favor from God (Ezra 9:8b). The Temple was a large building so you can imagine the seeming insignificance of a peg or nail in the overall structure. However, having a stake in God’s sacred place, even though seemingly minor, is still enormous favor. As the Sovereign Creator of the universe, He has no need of our puny contributions. Still, He invites our contribution to His kingdom. He grants each person specific spiritual gifts to educate, equip, and encourage His followers, the Church (Ephesians 4:11-12). It is this Church whose efforts point to a future kingdom where we will reign with Him (2 Timothy 2:12).

This manifestation of favor is for those actively engaged in His service. In Christ’s parable of the talents (Matthew 25:14-30), He confirmed everyone has differing responsibilities. Individual service may amount to one talent, two, or five. Regardless of the impact, having even a small part in such a celestial endeavor is a manifestation of God’s favor.

A third favor is that “God may enlighten our eyes” (Ezra 9:8c). God’s Word illumines our individual journeys (Psalm 119:105) while also enlightening our understanding (Psalm 19:8). When God commissioned the Apostle Paul, His intention included “to open their eyes, in order to turn them from darkness to light, and from the power of Satan to God” (Acts 26:18).

God favors us with His unchanging, divinely-inspired, everlasting Word. Its consistency eliminates surprises; its constancy provides reliability. The divine inspiration of God’s Word offers illumination into His mind and purposes. Its eternality confirms it as the only source of absolute truth. By accepting God’s Word as our standard, our hearts, minds, souls, and bodies are enlightened to an awareness of God and the need for personal relationships with Him.

Lastly, God grants favor by giving “a measure of revival in our bondage” (Ezra 9:8d). This revival involves the preservation or recovery of life. When the Israelites were enslaved, hopelessness and despair became their new norm. Servitude and bondage quickly obscured the life and freedom previously enjoyed. Yet, God granted a brief opportunity of revival, of restored hope, of renewed life.

Just as the Israelites, we were slaves—bound in and to sin. But God did not forsake us. He extended mercy “while we were yet sinners” (Romans 5:8). Seeing us in our enslaved state, He provided the exclusive opportunity to find new life and liberty from past bondage through faith in Jesus Christ. God extends mercy to revive, repair, rebuild, and restore (Ezra 9:9).

If you haven’t done so already, take advantage of God’s brief opportunity of favor while it is granted. The day quickly approaches when it will be gone forever with all decisions final.