The Bumpy Road of Apology 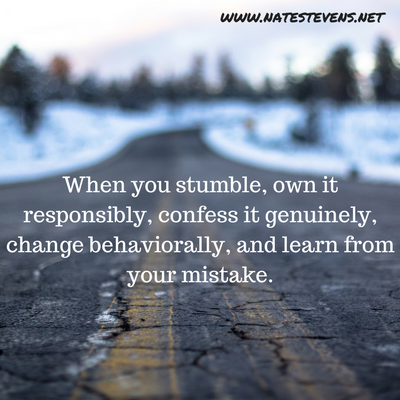 While driving to church one Sunday morning, several signs warned of road improvements up ahead. That specific roadway was heavily traveled and in desperate need of repair.

But after clunking my Jeep over a few “repaired” sections of roadway, I questioned the validity of the improvements. The work crew may have fulfilled their contractual requirements by cutting out the degraded sections and attempting to replace them. However, the ride was bumpier than the old, damaged road. The repair effort left a worse situation than the previous condition.

It reminded me of a story about an insincere apology with questionable intentions that worsened a relationship.

Apparently, Waldo carried secret grudges against Pablo. Over the years, Waldo presumed Pablo was outrageously sinful and undeserving of the blessings he received. However, he never mentioned his concerns to Pablo or asked for clarification on his presumptions. He based his perception on what he thought he saw or overheard from other people, not on facts.

One day, the Holy Spirit convicted Waldo of his harsh judgment against Pablo. Wanting to make things right, he met with Waldo and explained his bad feelings, his grudges, and his reasons behind them, then asked Pablo for forgiveness.

Understandably, the ridiculousness of Waldo’s presumption and the many years he carried his grudges surprised Pablo. Yet, he knew he wasn’t perfect so he forgave, explaining Waldo’s perception wasn’t valid. They both moved on in newfound liberty.

Shortly thereafter, a mutual friend informed Pablo that Waldo had angrily fumed about something he heard Pablo had done. “How could he do such a thing?”

Lessons of an Apology

As a child, I recall having to apologize to the babysitter for misbehaving while in her care. One time in particular, my dad drove me to the sitter’s home the following morning. Standing on her front porch, I mumbled, “Ahmsoree,” after which he then prompted, “For what?”

As embarrassing and difficult as that experience was, I learned some lessons about apologies and forgiveness.

When you stumble, own it responsibly, confess it genuinely, change behaviorally, and learn from your mistake. If you are the offended party, forgive readily just as Christ forgives you. The ultimate goal is restoration and peace.