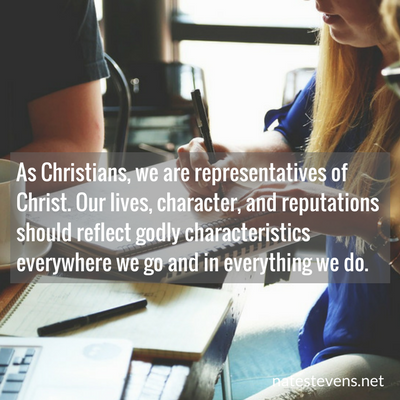 You yourselves know how I lived among you the whole time from the first day. (Acts 20:17, ESV)

As Christians, we are representatives of Christ. Our lives, character, and reputations should reflect godly characteristics everywhere we go and in everything we do.

While returning to Jerusalem from one of his missionary trips, Paul stopped for a visit with the Ephesus church elders. Based on the tone of their reunion, it’s clear that they knew Paul very well.

What I find remarkable about this meeting is Paul’s courage and confidence to remind them of his reputation. Since the first day they met him, his lifestyle was above reproach – and they didn’t disagree with him or remind him of some past indiscretion.

As Paul reminisced, he identified the following characteristics that we should also exhibit in our lives: