Freeing and Forgiving Your Enemy 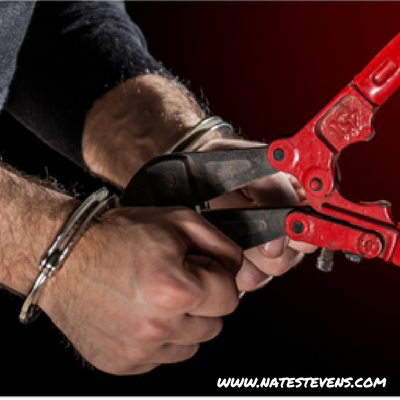 Freeing your enemy often involves forgiving him or her.

King Saul chased David all around the countryside because of his jealousy, hatred, and fear. God had rejected Saul as Israel’s king and instructed Samuel to anoint David as Saul’s successor. Though he had done nothing wrong, and although he was God’s anointed and appointed selection, David still found himself running for his life.

On two separate occasions, David could have killed Saul. And he had every right to have done so in self-defense. However, he spared Saul’s life because he respected God’s appointed king and trusted His timing for the upcoming change in leadership.

In essence, David forgave Saul – freed his enemy – for his aggressive attacks against him because he relied on God’s sovereignty. When Saul found out what David had done, he said, May the Lord reward you well for the way you treated me today. Imagine that – receiving a blessing from an enemy. But that is the way God works.

In forgiving those who have wronged us, several things happen. First, we express reliance on God’s sovereign control over every detail and event of our lives. God could have prevented the wrong we have suffered, yet He allowed it for some reason. Secondly, we present ourselves with a learning opportunity. Even the most horrible experiences we endure offer life lessons God wants us to know. Thirdly, we free not only those who have wronged us but ourselves as well.

Forgiveness does not erase the memory or pain of the wrong; it allows us to release ourselves from the prison of anticipated judgment, revenge, or restitution. Even though we may be fully justified in our feelings, until we forgive, our hearts remain frozen in time by the desire to exact judgment, seek revenge, have the wrongdoer recognize his error and pay for what he has done. Yet, none of those desires provide the freeing effect of forgiveness.

If we trust God’s hand in every detail of our lives, we can forgive those who have sinned against us knowing God is orchestrating all things for our good and His purpose. Besides, by forgiving our wrongdoers, we demonstrate the family resemblance of our Heavenly Father who forgave us.

So free your enemy and yourself today by extending the forgiveness freely given to you.