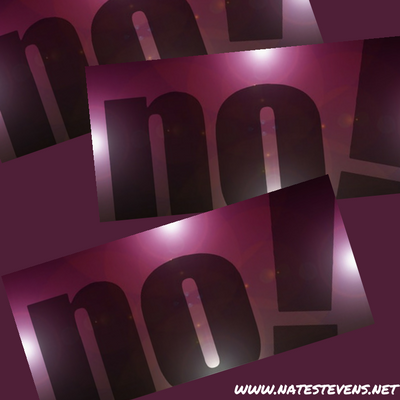 And when Paul had seen the vision, immediately we sought to go on into Macedonia, concluding that God had called us to preach the gospel to them. (Acts 16:10, ESV)

God occasionally says “No” and closes doors we seek to enter, But He sovereignly moves us to other opportunities according to His divine purpose.

What an amazing model of grace and obedience to imitate! On his second missionary journey, Paul planned to conquer new territories armed with the Gospel of Jesus Christ. Yet, for some unexplained reason, God told him, “No.” God’s plan for Paul at that time was much different than Paul’s desire. Having just travelled an intensely grueling and long journey from Jerusalem to Troas, Paul received a vision encouraging him to travel another two hundred miles northeast to the city of Philippi.

At this time in the journey, most of us would’ve probably found a comfortable hotel and relaxed for a few days. While we’re at it, we would have also had a spiritual pity party about God not honoring our plans to serve Him. But not Paul! He called the local shipyard, scheduled his sailing trip north, and graciously obeyed God’s change of plans.

Obedience To The God’s “No”

What was the result of his obedience? He faithfully witnessed to Lydia – who became his first convert and a founding member of the future Philippian church. He boldly exorcised a demon-possessed girl – that led to a brutal beating and imprisonment. While imprisoned, he joyfully prayed and sang praises to God – as a witness to the other prisoners. He miraculously survived an earthquake that destroyed the prison – yet he motivated all the prisoners to stick around. He providentially saved the jailor’s life – then led him and his entire household to the salvation of their souls. Once the dust settled on all these events, he was secretly escorted out of town.

Not exactly the results I would expect from a godly vision. If I were in Paul’s shoes, I can see myself obediently performing some of these actions. Yet others would make me scratch my head and wonder whether my vision was more the result of eating too much dinner rather than being divinely inspired.

Obeying God’s leading is no guarantee we won’t experience difficult circumstances. But His infinite purpose surpasses our finite perspective. Paul’s momentary difficulties resulted in souls being saved, a new church being established, and ultimately the need for the book of Philippians. What an amazing God! Even when He changes our plans.