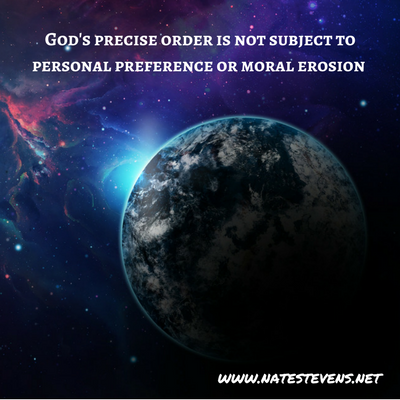 The Lord our God broke out against us, because we did not consult Him about the proper order (1 Chronicles 15:13, NKJV)

Even our best intentions, when not aligned with God’s order, can be destructive.

King David had a great idea. He wanted to bring the Ark of the Covenant into Jerusalem. The problem with his good intentions was that they contradicted God’s explicit instructions.

1 Samuel chapters 4-6 chronicle the strange odyssey of God’s Ark. The Philistines captured it when they killed Eli’s two wicked sons and routed the Israeli army. To boost morale and influence God’s favor in battle, they paraded the Ark on the battlefield like a good luck charm—little knowing God orchestrated their defeat because of their sins. With the Ark then in Philistine possession, God subsequently brought terrible judgment on them. So, they loaded it on a cart, pulled by two oxen, and sent it on its divine course to Israelite territory. Even there, God brought judgment against His own people for mishandling the Ark (1 Samuel 6:19).

Twenty years later, King David decided to bring the Ark home to Jerusalem. He had great intentions, but his approach was carefree and irreverent. Instead of following God’s instruction of the Levites carrying the Ark, David loaded it on an ox-drawn cart. When the oxen stumbled and the Ark lurched sideways, Uzziah naturally reached out his hand to steady it. Although his intention was good, God killed him instantaneously “for his error” (2 Samuel 6:7).

Good intentions never override God’s holy standard and clear instructions. They are purposeful and intentional. To ignore or challenge them only invites disaster. We live in a culture that champions immoral tolerance and spiritual ambiguity. However, personal preferences and moral erosion do not change God’s established order in the least.

Five Examples of God’s Ordained Order Within The Universe

The sum total of our actions, presumptions, ignorance, and foolish choices are subject to the law of unintended consequences. God invites us to acknowledge Him in all our ways (Proverbs 3:5-6) not as a suggestion but because He knows what is best, has specific reasons for His instructions, and has established a precise, specific order. Each person must decide to align his or her actions, choices, and beliefs with God’s order or suffer the associated consequences.

God’s order is for our benefit and safety. When consulting Him and following His instruction, He blesses us with joy and favor (1 Chronicles 15:25). When ignoring or challenging His proper order, we only hurt ourselves while inviting fear and His discipline (1 Chronicles 13:12). We simply cannot play God’s game by our rules, but He leaves the freewill choice and outcomes up to us.