Hearing the Roar of the Authentic Lion 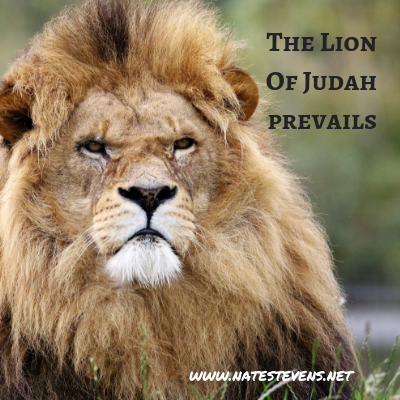 Behold, the Lion of the tribe of Judah, the Root of David, has prevailed. (Revelation 5:5)

If you’ve ever seen a lion up close, you understand they are fiercesome, yet majestic creatures. When you hear them roar, you know the sound signals their identities, their locations, their authority—and the need for humans to keep a safe distance.

There is a Lion of Judah whose roar is strong and true. His name is Jesus. This Lion was foretold and described in the Old Testament and came forth in the person of Jesus Christ. He sacrificed His life as a ransom for every person past, present, and future. He will one day rule the universe as His infinite kingdom. Every knee will bow before Him and every tongue will confess He is Lord of all. He is the essence of love, yet He is no pushover. Though meek, this Lion is never weak. He speaks only the truth and does not accommodate even slight shades of deception. To all who receive it from Him, He gives peace, righteousness, and life. Though fierce, He may be trusted as He seeks to save the lost and grant them eternal life.

But there is a counterfeit lion whose roar is false. As the father of lies and the essence of falsehood, he seeks to deceive. He leads astray all who tremble at his roar. Those who do not recognize the difference between this fake roar and the authentic roar are particularly vulnerable. This false beast steals, kills, and destroys everything innocent and good. He is no lion; he merely poses as one, walking about seeking whom he may devour. This counterfeit may imitate the growl, yet his is a cheap replication. His boastful snarl initially seems terrifying. But upon closer inspection, an astute listener can hear the quiver in his bullying voice. To overcompensate for his inadequacy and pending doom, he entangles and ultimately brings eternal death to as many as he can mislead.

The Destiny of the Two Roars

The question remains: To whose roar are you listening?