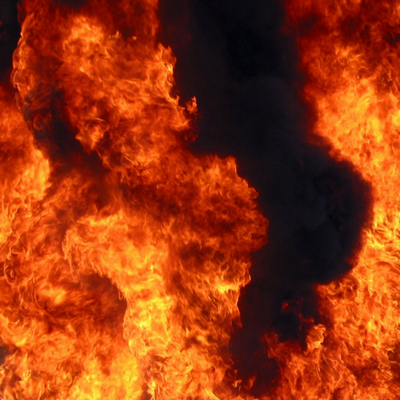 If someone actually died and went to Hell, then came back to share his ordeal, would you listen?

Better yet, would you believe it or just consider it a disconnected dissonance without his conscious mind and perceived sense of judgment? With all the crazy and fake stories floating around, how could you prove his story’s accuracy? Even if presented as an allegory, could you glean some truth from it to apply to life?

In Luke 16:19-31, Jesus shared such a story about a rich man and a beggar named Lazarus. While the rich man lived in arrogant wealth, Lazarus languished outside the rich man’s gate. The rich man wined and dined in luxury’s finest while Lazarus would have been happy with some crumbs from the rich man’s table.

Eventually, both men died. In a reversal of fortunes from their earthly lives, they ended up in contrasting circumstances and destinations. When Lazarus died, the angels carried him to Abraham’s side, generally considered to be Paradise or Heaven. However, the rich man wound up in Hades (sometimes considered Hell), where he was engulfed in agonizing flames.

The brief narrative that followed the rich man’s arrival in Hades is the consummate story of good versus evil, of the have’s versus the have not’s, of fate balancing out destinies, of God’s sovereign justice being served. Yet, I also find several intriguing points in the story that resound in my soul. The doomed man’s testimony compels me to listen, believe, and apply revealed truth to my life so as to avoid a similar fate.

Here was a man who had it all. Undoubtedly, he was educated, wealthy, and socially established. Even the local beggars knew there was a constant party at his house and they milled around outside hoping someone would have compassion and give them something. Yet, with all that affluence, the rich man’s identity remains a mystery. Quite often, a person’s character supersedes his name.

Compassion is a Choice

The rich man never softened his heart. With at least one homeless, sick beggar at the gate of his mansion, he had to have known his impoverished situation. Leaving his home and returning every day gave him ample opportunity to show compassion, to reach out to someone in need. Yet, his heart remained cold and disconnected toward the less fortunate. Quite often, a person’s heart reveals his nature.

Death is Impartial and Inevitable

Due to Lazarus’ unhealthy condition, it comes as no surprise that he died before the rich man did. Exposure to the elements, starvation, and living with untreated disease generally leads to an early demise. And yet, the rich man’s wealth, position, and prestige could not protect him from death’s grasp. Quite often, a person’s wealth obscures his eternal certainty.

Finding himself engulfed in eternal flames, the rich man started negotiating. However, instead of asking for mercy or a second chance to redeem himself and avoid such eternal damnation, he asked for a cooling drop of water for the tip of his parched tongue. He focused on the symptom instead of the cure. Quite often, a person’s physical cravings expose his spiritual condition.

Upon hearing the rich’s man’s request, Abraham’s first two words echo through the vast expanse of infinity: “Son, remember.” Part of Hell’s torment must be the constant reminder of lost opportunities to do good, to believe the Gospel message, to accept God’s gift of salvation made possible by the sacrificial death of Jesus. Quite often, a person’s ignored future regret prompts poor present decisions.

When he finally realized his eternal doom, the rich man begged Abraham to dispatch Lazarus to warn his five still-living brothers about the pending eternal torment. But Abraham countered with the same warnings available to all mankind—God’s revealed Word. Quite often, some decisions are final as are their associated consequences.

Whether or not you choose to believe this story, some things are certain. Death is inevitable; eternity awaits.

Today you face a choice.

I pray this lesson from Hell helps influence your decision.