How to Miss or Maximize Your Destiny 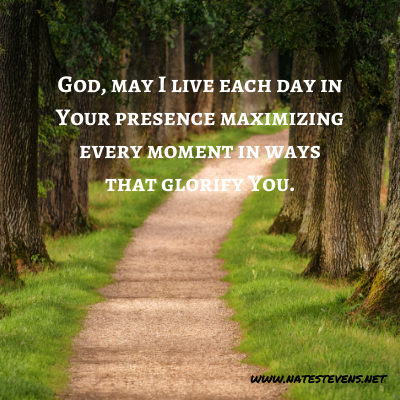 Much is required from those to whom much is given, for their responsibility is greater. [Luke 12:48, TLB]

How do we identify individual destiny? Then, when we do, how do we take full advantage of it when it arrives?

In the Bible, we find four examples to consider – Felix, Pilate, Joseph, and a Philippian jailer. Time, opportunity, discernment, responsibility, destiny, and eternity came calling to them all. Two of them blew it while two are examples to imitate.

God is the omnipotent, sovereign orchestrator of everything. He “does as he pleases with the powers of heaven and the peoples of the earth. No one can hold back his hand or say to him: ‘What have you done?’” [Daniel 4:35, NIV]. He coordinates all things according to His purposes [Proverbs 16:4].

And yet, He never coerces or overrides our freewill choices. True, He may coordinate circumstances that influence our choices. But He still allows the opportunity to miss or maximize destiny and eternity with the choices we make.

While analyzing these men and their opportunities, let’s do so in light of the opportunities we encounter each and every day. Destiny and opportunity knock on our doors with each passing moment. How will we respond?

Toward the end of Paul’s life, he was imprisoned and brought before several different rulers. The Jewish religious leaders hated him and his “newfound faith” in Jesus Christ. So, they persecuted him at every opportunity. They also prosecuted him in the hopes they could one day obtain justifiable, legal permission to kill him.

On one such occasion, Paul appeared before Marcus Antonius Felix, the Roman governor of Judea. In his defense, Paul confessed his faith in Jesus Christ. He also “reasoned about righteousness, self-control, and the judgment to come.” Upon hearing these things, Felix was afraid and told Paul, “Go away for now; when I have a convenient time I will call for you.” [Acts 24:25]. Instead of seizing the moment, he passed.

Imagine being confronted by Paul, the greatest ambassador of the Gospel of Jesus Christ. Standing before Felix was a man who personally encountered the risen Lord [Acts 9:1-8]. Here was a man who fearlessly evangelized a large part of his world in spite of severe persecution. He presented Felix with clear and concise evidence of the hope of heaven, and yet Felix summarily dismissed it.

Destiny and eternity faced Felix that day. By not recognizing them and maximizing the immediacy of the moment, he missed them both. He forfeited destiny with his careless attitude. He lost eternity by putting off for tomorrow what he should have done that day.

Most everyone knows the story of Jesus’ crucifixion and the events leading up to it. With murderous rage and evil intentions, the Jewish religious leaders brought Jesus before Pontius Pilate. Here again, they wanted legal permission to kill Jesus.

But there was a problem. If the Jewish leaders killed Him, it would be by stoning. This was their allowed method of capital punishment. Unknown to them, God sovereignly orchestrated even their darkest intentions [Acts 2:23]. By bringing Jesus before a Roman ruler, they opened the option of crucifixion – in fulfillment of the very method of Christ’s death prophesied years before.

Pilate had the opportunity to hear Jesus directly and review the facts of the case. When it was all said and done, Pilate declared Jesus innocent of all charges. On three separate occasions, he said, “I find no fault in Him” [John 18:38, 19:4, 19:6].

Jesus, the Son of God, Messiah, Creator of everything, stood before Pilate that day. He declared Him to be innocent. Yet, to please the murderous mob, he agreed to murder the only pure, sinless, and innocent man. He knew about Jesus, but He truly didn’t know Him.

Destiny and eternity faced Pilate that day. He missed both by not standing for what he knew was right. Slamming destiny’s door, he surrendered to peer pressure. He doomed his eternity by murdering the Son of God.

During one of Paul’s imprisonments, he spent time in a Philippians jail. He and fellow missionary, Silas, were savagely beaten and locked up. For what? They proclaimed the Gospel of Jesus Christ and exorcized a young girl whose “masters” trafficked as a fortune teller [Acts 16:18].

This loss of profit angered them so they assaulted Paul and Silas and brought them to the magistrate for justice. He subsequently beat and imprisoned them [Acts 16:19-24].

Unknown to that city, they had in their midst two people empowered by heaven. As Paul and Silas prayed and sang hymns, God shook things up with an earthquake. In the resulting destruction and chaos, the prison was destroyed, gates unlocked, and prisoners set free. Not a good scenario for a jailer.

Facing failure and shame, the Philippian jailer opted for suicide. But destiny and eternity jumped into the room at that precise moment. When Paul hollered for him to stop, he immediately asked, “What must I do to be saved?” [Acts 16:30].

This man answered destiny’s and eternity’s call that night. Recognizing the hopelessness of his situation, he turned to the source of supernatural, transforming strength. Ignoring the gathered mob, he didn’t hesitate with his decision. He maximized both destiny and eternity by immediately placing his faith and hope in Jesus Christ.

Throughout Joseph’s early life, he endured assaults on his person, character, and faith. His brothers betrayed him and sold him into slavery. He served foreign masters, in an alien land, surrounded by paganism. Eventually, he was imprisoned on a false charge of attempted rape.

Yet, he remained faithful to his duties and his trust in God. Although presented with the harshest circumstances, he optimized every opportunity. Even as a slave and prisoner, he “found favor” in the sight of those around him [Genesis 39]. Though his destiny seemed unfair and unfavorable, he still maximized every opportunity. As a result, “the Lord was with him; and whatever he did, the Lord made it prosper” [Genesis 39:23].

Notice, he didn’t maximize the opportunities after God blessed him. God blessed Joseph for his faithfulness through his adversity. Joseph secured his destiny with faithfulness in little and was subsequently trusted with much [Matthew 25:21, 23]. He secured his eternity by never losing sight of or his faith in the sovereign orchestration of God in all things [Genesis 50:20].

When considering the brevity and preciousness of life, the following questions may help to maximize your destiny and eternity:

Father, I fix my eyes firmly on You. May I be faithful in all events and encounters You orchestrate. May I live each day in Your presence maximizing every moment in ways that glorify You. Strengthen me for the destiny You have purposed for me. May I live to hear You say, “Well done, faithful servant – enter into my eternal joy.” Amen.