Less Can Be More 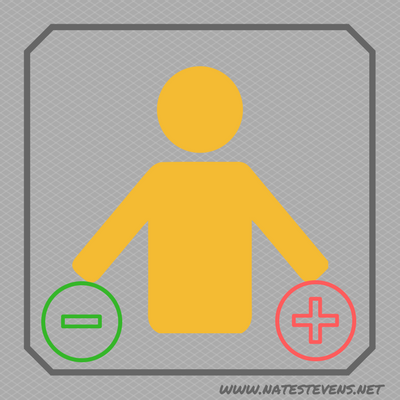 The Lord said to Gideon, “You have too many men. I cannot deliver Midian into their hands, or Israel would boast against me, ‘My own strength has saved me.’” (Judges 7:2, NIV)

It sounds crazy, but less can be more.

While preparing for a speaking conference, I created a seventy-page PowerPoint presentation. Comprised of wondrous wisdom and awesome animations, I felt certain it would blow the audience away. Then God whispered, “Cut some of it out.” My whining response, “But, God, there’s a wealth of wisdom in it!” met with a firm confirmation of His initial request. So I painstakingly began removing sections based on a process of de-prioritized importance.

Reducing it to thirty pages gave me a momentary feeling of satisfaction – until I sensed God’s call for further reduction. So I continued cutting, down to twenty pages, down to fifteen, fourteen….finally condensing my initial treatise to twelve pages. Knowing full well I had cut too much “great stuff,” I was subsequently blown away with what God did at the conference with those surviving twelve pages. In hindsight, I would never have gotten through all seventy pages. God allowed the right content, that fit within the scheduled timeframe, to touch people’s hearts and serve His purpose. He received the glory; I received a lesson in less.

When God appointed Gideon as the leader who would free the Israelites from Midianite tyranny, Gideon summoned all who would help him fight against this heathen rule and its vast army. When thirty-two thousand men showed up, God told Gideon, “That’s too many men – send some of them home.” After the “fearful and afraid” left, Gideon’s army numbered ten thousand men. Still, God told him to reduce it further. With a surviving army of three hundred men, human reasoning would lean toward a resounding defeat. But God did much with less – He not only delivered His people from the Midianites, He received all the glory for the victory.

Today’s commercialized culture encourages many of us to maintain a mindset of wanting more. Bigger houses, vacation homes, boats, newer cars, state-of-the-art techno-gadgets – whatever is the latest and greatest, we want it. So we work harder, work longer hours, and make more money to buy more status symbols reflective of what the world deems successful. However, have we considered God may want us to have less – so He can have more of us?

If something crowds out your time with God or lessens your dependence on Him, He may ask that you remove it from your life. Rest assured – with less, you’ll end up with so much more.