Life is Fragile – Live it with Urgency 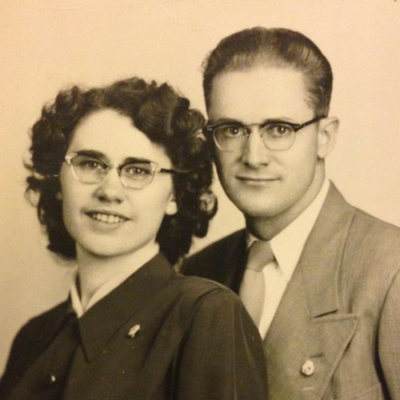 When I began writing this, my siblings and I were considering different Hospice options for our mother. Diagnosed with Alzheimer’s disease almost twelve years earlier, it appeared she would soon be ushered into her Savior’s presence. Two months later, in the stillness of the early June 1st morning, she collapsed on earth and arose to her eternal home.

In contrast, our father died quite unexpectedly of a massive heart attack. Although that was twenty-four years ago, I miss him like it was yesterday. The freshness of mom’s death brought back many childhood memories of them both.

Mom’s illness was prolonged, Dad’s was immediate. Either way, they are both gone. Their absence echoes the frailty and urgency of earthly life. “To live is Christ, and to die is gain” [Philippians 1:21].

Why is this life we live so fragile? As God’s creation, why are we susceptible to sickness, disease, and death? Yes, it is largely due to the introduction of sin after the Fall in the Garden of Eden. However, as God’s handmade creatures, it would seem we should be more resilient, more resistant to such small threats.

For example, a miniscule, almost unseen virus, can threaten our health. A fleck of plaque can spin off into the bloodstream, travel to the brain, and cause paralysis or even death. An insignificant blood clot can lodge in the heart or lungs and cause cardiac arrest or an embolism. A thin blood membrane in the brain can erupt causing a life-ending aneurysm. Barely perceptible beta-amyloid proteins may damage and destroy brain cells contributing to the onset of Alzheimer’s.

God may allow such small health issues to have such a dramatic impact to remind us that life is so very fragile—and precious. It resembles a puff of steam that appears but a short time, then vanishes forever (James 4:14). It is a precious though fleeting gift—to live passionately and urgently with those around us.

The challenge is to live each day abundantly for we do not know what tomorrow brings (Proverbs 27:1). Glorify God in everything we do (1 Corinthians 10:31), fully knowing when life ends, we each will give an account before God (Romans 14:12). While we live here on earth, God asks us to redeem the time, glorify and honor Him in all we do. We must lift Him up to draw others to Himself and anticipate the moment when we will see Him face to face.

It could be sooner than any of us imagine.