Living in a Counterfeit Culture 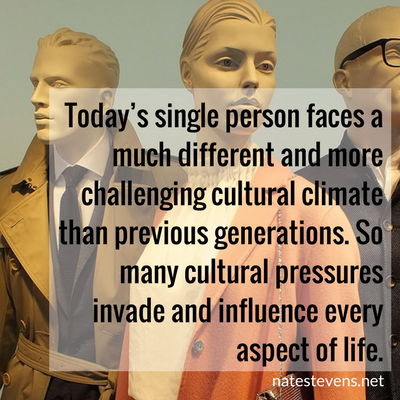 Some people consider this simply a progressive mindset. They see it as similar to the changing music trends from the 70’s, 80’s, 90’s, and so on. But in doing so, we deceive ourselves into forgetting about our ongoing spiritual battle.

For we do not wrestle against flesh and blood, but against principalities, against powers, against the rulers of the darkness of this age, against spiritual hosts of wickedness in the heavenly places. (Ephesians 6:12, NKJV)

If you would, put on your “spiritual dimension” glasses and walk briefly into that parallel universe.

The dark room feels threatening. Flickering shadows break-dance on the walls from countless fires. The walls, curtains, doors, and barricades across the windows – everything is on fire, yet without burning. Shape-shifting demons wander aimlessly until their dark lord enters. Then, a brawl breaks out as each creature fights for a seat at the master’s table.

The battle plan presented is for the hearts, souls, minds, and bodies of every person. The dark lord outlines his strategy with precise cunning. It won’t be a frontal attack – oh, no. That would be instantly recognized and quickly resisted. Something a little more subtle is necessary.

Instead of calling his biggest, fiercest, warrior, the dark lord summons slimy, slithering Corporal Counterfeit. This demon has a successful reputation of deceiving unsuspecting people for years. Instead of influencing people with, “How can you believe in a God that you cannot see?” he whispers, “Sure, believe all you want to – just wait a while longer. Live your life first before you settle down.”

He seeks to capture the young by attacking them at their most vulnerable points. Abuse and neglect are two of his favorite tools. These always ambush the weakest by destroying their innocence, hopes, and potential. They are trusted weapons, but he delves further for even more misleading tactics.

“Aha! I’ve got it!” he screeches. “I will target every good thing God has planned for them. Every sound thing He has spoken in His Word, every tidbit of wisdom He has given for a fulfilling life—and I will counterfeit it. Contradiction is far too bold. But counterfeit? That’s ingenious! I’ll even fool their parents, guardians, and primary caregivers.”

“Instead of shouting, I will whisper. Rather than demanding, I will influence. Instead of opposing directly, I will hypnotize with tolerance, moral relativism, political correctness, and cultural pressures to fit in.”

At an early age he whispers thoughts of unworthiness. “You’re just not worth your parents’ attention. If you were, they would spend more quality time with you. Would they ignore you if you were significant? If you had any value at all, would they abuse you like they do? It must be your fault they exploit you at your most vulnerable core.” With this assault, he undermines a child’s core identity and the incredible worth God places on him or her (Psalm 139:13-16).

The whispers continue as the years pass. “What is your sexual orientation? How do you know if you don’t experiment? Don’t talk with your parents about it! That’s embarrassing. Besides, they don’t understand. They’re from a different time altogether. Go on; try different things with both genders. Find out what you like. Try everything so you know what attracts you.” This attack is aimed at disrupting God’s original plan of one man and one woman being in a committed, nurturing, married relationship [Genesis 1:27].

He hisses, “Have you had sex yet? What’s your problem? Are you afraid? You might be the last virgin in the universe and everyone knows it. C’mon – get with the program! Everyone is doing it – and it is fun! No, you don’t need to check with your parents. They will only tell you not to because they’re trying to keep you from experiencing life to the fullest.” This method cleverly counterfeits the most sacred union God intended between one man and one woman (Hebrews 13:4). He knows full well the emotional scars and guilt such indulgence will leave on their future fulfillment.

“Oh, here’s an awesome thought,” he cackles. “It’s okay to be religious. Go to church. Attend every time the doors are open. Sing the songs. Read the Bible. Knock yourself out because religion is cool. Find a church that offers cutely phrased three-point sermonettes of happy existentialism. Base your eternal hopes on religion. After all, God is love, right? How would a loving God send a religious person to hell?” With this deft move, he shrewdly replaces a vibrant, personal relationship with Jesus Christ with the hollow hope of religion (John 3:1-18).

On and on he goes – whispering in innocent ears day and night. His whisper doesn’t sound menacing – oh, no. It is sweet to the sound. His makes his deranged logic appealing to the impressionable and ill-equipped minds. And his nonsense is parroted and promoted by the media in the incessant culture wars for the young.

Parents, an unseen battle rages for your children. Not one of bold contradiction – one of sneaky counterfeit. The only reinforcement you have is God’s Word, the armor of God, and the investment you make in equipping your children against the onslaught.

Beware of all counterfeits the evil forces of today’s culture subtly aim at your children. Their futures depend on you.