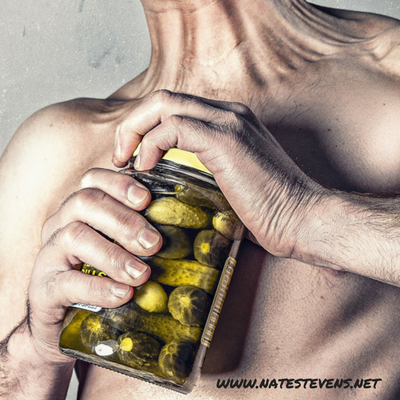 Today’s men seem lost between the world’s stereotypes and what Scripture reveals as godly characteristics.

Our present day culture says, “Suck it up. Play through the pain. Never let me see you cry. Hide your true feelings. Emotions are for wimps. Vulnerability will only hurt you. Good guys finish last.” Even current clothing fashions emasculate men by promoting more effeminate, soft, and weak styles. Yet Scripture provides a much different, counter-cultural, and more courageous perspective for men to follow.

Two primary Scriptural examples come to mind: the behaviors and characteristics Jesus demonstrated and the instructions given to men as husbands.

In looking at the life of Jesus, we find a perfect example of masculinity. Being an emotionally whole and healthy man, He exhibited a wide range of emotions. He cried, was impatient, and got angry. Ever well-rounded, He was bold, yet compassionate, humble, and forgiving. He bonded with a group of men, yet still took time to be alone – usually with God in prayer.

Jesus met people at their individual points of need. Also, He was comfortable interacting with people from all stages and statures of life. His unusual magnetism attracted children to Him. He said what He meant and meant what He said. Ever in control, He loved fully, exuded confidence in the face of adversity, and remained calm when all others were going crazy. He challenged leaders when they were wrong, even though it placed Him in danger. Never losing sight of His identity, He fulfilled His purpose with determination. As a leader, He stood for what was right without compromising His moral standards – disregarding public appeal and personal gain.

In essence, Jesus was all man.

Shifting our attention to the instruction given to men as husbands, one verse conflicts with today’s societal trends. Colossians 3:19 says a husband is to love his wife and “not be harsh” with her (NIV). Dictionaries define the word harsh as to be cruel, offensive to the mind or feelings, or oppressive. The King James Version of the Bible translates the word harsh as bitter. The overall meaning is that a husband must not be insensitive, inconsiderate, or unkind to his wife.

A man’s harsh language or disrespectful behavior toward his wife is unacceptable. This includes playing cruel mind games and being disrespectful. Yes, it also includes being mean and insensitive, giving her the silent treatment, and all forms of domestic violence and abuse.

Words, actions, or attitudes that demonstrate bitterness include resentment, cynicism, anger, meanness, being unpleasant, and name-calling.

Most of the words describing bitterness mirror “machismo”—the world’s mindset of a “macho man.” Someone who acts rough and tough, is untouchable, insensitive, emotionally detached, and invulnerable. However, the Scriptural view of how a man shares compassionate and unselfish love with his wife paints a much different picture.

An antonym for bitterness is sweetness. Sweetness can be described by such words as lovable, charming, appealing, adorable, thoughtful, considerate, pleasant, gentle, softhearted, agreeable, and harmonious.

If Jesus Demonstrated the Emotion…

Now, don’t get me wrong. I’m not advocating that men become cry-babies who sit around talking about their feelings and singing Kum-Bah-Yah. There is a big difference between a wimpy pushover and a courageous, affectionate, emotionally healthy man. Insecure cowards hide behind mean, disrespectful, and superficial behavior. But it takes a real man, mature in spirit, mind, soul, and body, to be the godly man portrayed in Scripture.

So men, as the saying goes, “Man up!” Drop the “machismo,” tough-guy act and prepare yourself to courageously live a life of compassion, gentleness, and loving affection. Develop and exhibit respectful, sensitive, and honorable behavior in all your interactions. If Jesus demonstrated the emotion, it’s okay for you to do the same.

The world is desperately looking for healthy, vibrant, godly men of integrity. Will you be one?