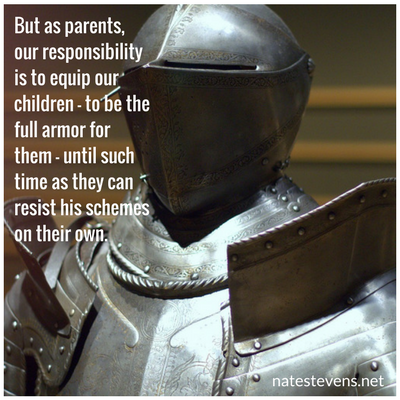 Today’s cultural norms force an incredible amount of peer pressure on children and teenagers. From fashion trends to body piercing and tattoos to the latest techno-gadgets, there is a constant push to “fit in” with everyone else and with what everyone else is doing.

One critical target of peer pressure is sex. The most sacred and intimate interaction God intended between two people in a committed marriage relationship has been degraded to an immature, experimental act of bodily pleasure with no commitment or concept of the spiritual, intellectual, emotional, and physical impacts.

As our nation’s moral integrity rapidly decays, godly standards and decent behavior are seemingly rejected as outdated. Today’s emphasis on “tolerance” appears to encourage more unashamed immorality. And our young and inexperienced children face this moral assault daily. The pressure to conform is overwhelming.

It is easy to forget we are in a daily spiritual battle. Romans 8:5-8 outlines the battle as carnal versus spiritual.

For this reason, Paul encourages us to put on the whole armor of God so we can stand against carnal desires, against the controlling influence of this world, against the forces of evil, and against the devil’s schemes (Ephesians 6:11-13).

Satan specializes in inflicting trauma and soul wounds on children. By doing so, he tries to derail them from their greater purpose. Countless adults can trace their illnesses and disorders to being sexually abused, physically assaulted, heartbroken, or emotionally scarred as children. And it is only by God’s grace, love, and mercy that those wounds are healed. But as parents, our responsibility is to equip our children – to be the full armor for them – until such time as they can resist his schemes on their own.

Joseph is a remarkable example of a young person who was equipped to resist sexual peer pressure.

As a seventeen-year-old young man, he was sold as a slave in a foreign land. Everything his parents taught him up to that point carried him through the decisions and situations he faced. In Genesis 39: 6-10, we find how much true character and spiritual strength he had developed.

Now Joseph was well-built and handsome, and after a while his master’s wife took notice of Joseph and said, “Come to bed with me!” But he refused. “My master has withheld nothing from me except you, because you are his wife. How then could I do such a wicked thing and sin against God?” And though she spoke to Joseph day after day, he refused to go to bed with her or even be with her.

Think about that for a moment. He could have yielded to temptation and gotten away with it. There was no one else in the house at the time. And, as we hear so often these days, young men have needs, right? But he refused because of his relationship with and allegiance to God. In his short lifetime, his parents instilled enough godly information in him to help him stand for what was morally right.

As parents, we have the responsibility to equip our children spiritually, intellectually, emotionally, and physically. We’re generally good at providing for their physical needs because they are readily visible. Intellectually, we make sure they attend school, do their homework, and study to pass the tests. Emotionally, well that is sometimes hit or miss depending on the parents’ emotional health and well-being. But, unfortunately, we forget about the spiritual battle that is rocking our children’s’ world. Yet Satan doesn’t take a day off – he is a relentless attacker bent on destroying whoever he can (I Peter 5:8).

So how can we equip our young? As early as possible, begin teaching them God’s Word. Psalm 119:9 says, “How can a young person stay on the path of purity? By living according to your word.” Along with teaching them morality, self-respect, self-control, and purity, give them godly instruction on how to avoid the influence of peer pressure.

Every parent’s responsibility is summed up in Solomon’s words: “Train up a child in the way he should go, and when he is old he will not depart from it” (Proverbs 22:6). Equip them today so their armor fits tomorrow.