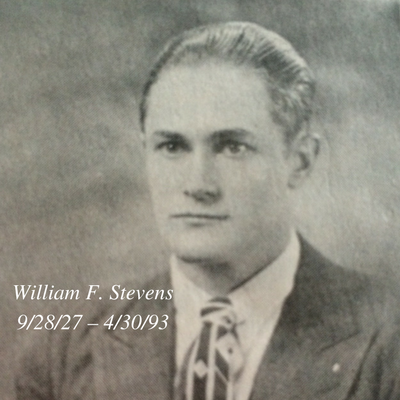 Dad, “we know that if our earthly house, this tent, is destroyed, we have a building from God, a house not made with hands, eternal in the heavens. So we are always confident, knowing that while we are at home in the body we are absent from the Lord.  We are confident, yes, well pleased rather to be absent from the body and to be present with the Lord.” [2 Corinthians 5:1, 6, 8]

My dad died when he was eleven years old.

Affectionately known as Billy, he was an active little boy. Growing up on a farm in the south Saskatchewan prairies of Canada held countless adventures–miles of open prairie to explore, prairie gophers to hunt, cows to milk, horses to ride, two older brothers to chase around.

On a hot, dusty day in 1938, he and his brothers were hauling a load of gravel in their father’s farm truck. As a utility vehicle used on rough terrain, it did not have rubber tires. Instead, the truck was outfitted with iron wheels with metal rungs welded diagonally across the outer surface of each wheel. The rungs provided the traction necessary for the dirt fields or gravel roadways. With his brothers enjoying the ride in the cab of the truck, Billy rode in the truck’s bed on top of the gravel. With the wind blowing on his face and open prairie fields passing by, Billy was king of the world.

Upon spying a prairie gopher beside the roadway, he hurled a rock at it. This was not a boyish mean-spirited act since the gophers were a constant threat to the family’s crops. But at that moment, the truck encountered a bump in the road. The lurching motion, coupled with Billy’s unbalanced stance, caused him to tumble over the side of the truck. Initially, he was caught in midair when one of his overall suspenders hooked around the truck’s sideboard. This saved him temporarily, but also positioned him directly in the path of the truck’s iron wheel.

Hearing his terrified screams, his brothers desperately tried to stop the truck. But everything happened so quickly – there was not enough time to react fast enough. When his suspender tore, Billy fell beneath the rear iron wheel. Bearing the full weight of the truck and load of gravel, the wheel rolled over him instantly crushing his young body. His left hip, lower back, and mid-torso bore the brunt of the brutal impact.

With Billy lying in the open field, mangled and bleeding, Billy’s frantic brothers considered their options. There was no medical emergency service and cities were sparse on the wide open prairies. The nearest hospital was forty-five miles away.

The brothers raced to the house to call the hospital. One of the doctors agreed to meet them to spare them the long trip to the hospital in the farm truck. When the doctor arrived in his station wagon, they sped off with little Billy lying across one of his brothers’ laps in the back seat. During the long ride, Billy repeatedly asked for a drink of water. Not knowing the extent of his internal injuries, the doctor denied his requests.

Arriving at the emergency room about an hour later, the doctor gave him a thorough examination. Both lungs were punctured from six broken ribs and his left hip was completely crushed. With profuse blood loss, internal injuries, and a rising fever, the doctor knew the outlook was grim. Realizing the severity of the situation and the inevitability of death arriving soon, he said, “Give him all the water he wants.” Shortly thereafter, Billy lost consciousness and the hospital staff monitored his slowing heart rate and weakening pulse.

When his brothers first alerted their father about the accident, Mr. Stevens hurried to the hospital. The doctor met him in the hallway and told him, “Your son’s body is severely broken – he simply cannot live.”

Upon hearing the doctor’s report, Mr. Stevens paced the hallways in fervent prayer begging God to save his son’s life. “God, if you will heal my boy, he will be dedicated to Your service.”

While Mr. Stevens prayed, Billy died on that hospital bed and later told about the incredible adventure of a whole new dimension. He was whooshed up to a dazzling city, his feverish brow now cooled by a refreshing breeze. Soft, calming music emanating from everywhere; the invisible notes seemed airborne. Buildings shone with an incandescent glow from an unseen light source. A distinctly sweet, flowery smell permeating the air – it was not overwhelming or pungent, but was quite comforting. It smelled like, well, to Billy it smelled like home.

As he walked that enchanting scene, he encountered a high wall that blocked his path. Being the rambunctious boy he was, Billy sized up the wall determining the best way to scale it. This city was too welcoming, too peaceful, too exciting not to explore and enjoy.

Then he heard a voice calling him, surrounding him. Was it God or an angel? Or could it be the voice of his older sister who had died? The voice told him not to climb over the wall – in fact, it instructed him to go back.

Go back where? Billy wondered.

Back in the hospital, the medical staff kept their vigil beside the broken and medically lifeless body of the boy lying before them, waiting for the doctor’s pronouncement. Then the attending nurse felt a slight flutter, a weak pulse at first but growing in strength and rhythm. A flurry of activity ensued. After such profuse blood loss, Billy was in drastic need of blood. Mr. Stevens, a quiet but strong man, stretched out on an adjoining hospital bed, rolled up his sleeve baring an arm, muscular from the rugged work of a prairie farmer, and told the nurses, “take all the blood you need.”

With his physical body pulsing with renewed life, Billy returned from his celestial visit to find himself trapped in that mangled shell, overwrought with insufferable pain and burning fever. He wished he could return to the beauty, tranquility, and supernatural health of his heavenly home. There he was free, happy, and whole – here he was trapped, hurting, and crippled.

True to his promise, Billy’s father dedicated him to the Lord. Billy grew up and completed the necessary biblical studies. He entered the ministry as a missionary. He married and raised five children and I, Nate Stevens, am one of those children.

My dad’s heavenly experience stirred inner longings that influenced the rest of his life. He lived with one foot on earth and one foot in heaven. When he would periodically remind us of his out-of-body experience, it was with a homesick look in his eyes.

Occasionally, around the dinner table he would tell us, “I smelled that smell again today.” Invariably, these momentary “sniffs” coincided with the passing of a loved one, family member, or friend. They were brief whiffs of heaven’s scent that escaped the spiritual dimension, only to be inhaled by someone so alertly attuned to its fragrance.

My dad’s longing for heaven affected his earthly life, motivated his service to God, and gave his family a spiritual legacy of eternal perspective. His occasional impatience was probably directly tied to his intense desire to be where he would walk without a limp, where his scarred body would not cause him pain.

Billy performed his ministry with heaven on his mind. When his missionary duties called him to remote areas that could potentially endanger his life, he would smile. He feared death no more than he feared crawling into bed after a hard day’s work. As his earthly family, we knew he did not really want to be here. His earthly trek was simply the payment of interest due on his father’s promise to God. On my dad’s desk, he kept a small plaque containing two simple yet powerful words: “Perhaps Today.”

Fifty-five years later, when dad’s divine appointment with death finally arrived, it came by way of a sudden and massive heart attack. The paramedics were able to revive some semblance of a heart beat, but he never regained consciousness. With prolonged lack of oxygen to his brain, we knew exactly what he would want us to do. Removing him from artificial life support, though emotionally daunting, was a surprisingly easy decision. We knew beyond a doubt where he was – finally home. Yet this time, for William “Billy” Franklin Stevens, there would be no obstructing wall.

As we visualized dad’s entrance into that heavenly realm, my “Dear Dad” letter was read at his eulogy. “We all would have been proud to be there, to see you finish your race. As the throngs roared their welcome and cheerful applause, the peace, joy, and satisfaction reflected on your face must have been a memorable moment. Dad, although not there in person, we were cheering from the earthly grandstands. As you sprinted that last curve, we proudly stood and pointed at you while shouting, ‘That’s MY Dad!’” As Death gave way to Victory, you came down the home-stretch on two healthy, strong legs to meet your Master at the finish line. Thank you for your values, invaluable work ethic, discipline, sacrifice, faith, determination, leadership, friendship, and above all else, your steadfast love. The example you set is indeed a challenge for us to follow. Your pain is over – your battles won. Enter into the joy of your Lord. We will see you shortly.”