7th Question Jesus Asks (From the Gospel of John) 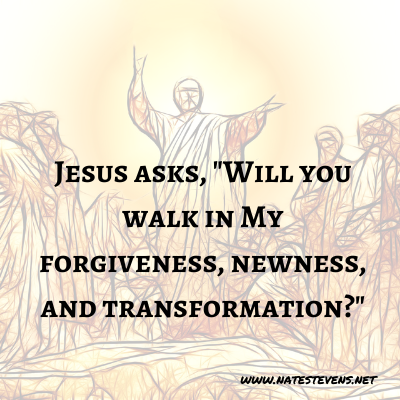 7th Question – Where Are Your Accusers?

The shameful secret was out. She had been caught in the very act and brought before Jesus for judgment.

Then the scribes and Pharisees brought to Him a woman caught in adultery. And when they had set her in the midst, they said to Him, “Teacher, this woman was caught in adultery, in the very act. Now Moses, in the law, commanded us that such should be stoned. But what do You say?” [John 8:3-5]

The religious legalists had a point. The sin was known; the penalty was clear. However, what they left unsaid reveals their own wicked hearts. They were not seeking justice but were setting a trap for Jesus. If He agreed with their assessment and the Law, they could charge Him with breaking several “religious laws.” If He disagreed, He would appear to oppose the greatly-revered Moses.

Additionally, they didn’t identify the partner in her crime. If taken in the very act of adultery, where was her partner? Who knows what Jesus wrote in the sand at His feet. Based on His response and their subsequent slinking away in guilt, one of those pompous hypocrites may have been the guilty party.

He didn’t overlook or condone her sin. Nor did He ignore their guilt. He loved them all equally and wanted them all to come to Him in repentance. Yet, it was the woman who was set free. “Woman, where are those accusers of yours? Has no one condemned you?” She said, “No one, Lord.” And Jesus said to her, “Neither do I condemn you; go and sin no more” [John 8:10-11, bold text added for emphasis]. His questions led to forgiveness, newness, and transformation.

Jesus’ question resonates in hearts today. Shameful deeds. Sinful pasts. Condemning whispers. Judgmental attitudes. We all sin—some just more blatantly and transparently than others. Yet, the human tendency is to judge, slander, and gossip about the “sinful one.” Even after repentance and reconciliation, the accusers doubt, question, and wait for further evidences of sin—all while ignoring (or justifying) their own unrepentant sins.

To the fallen and repentant, may we walk in the renewed forgiveness, restoration, and purpose God has given us. The “accusers” will also stand before God to give account for their unconfessed sin [2 Corinthians 5:10]. With no bitterness or malice, ignore them and walk boldly in God’s newness, freedom, favor, and destiny.