Release it Into God’s Hands 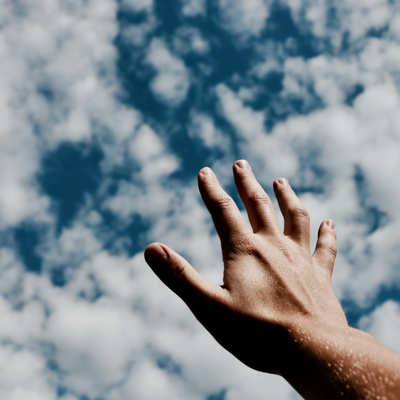 It is for freedom (release) that Christ has set us free. (Galatians 5:1, parenthesis added)

“If you love something, release it. Should it return, it’s yours; if it doesn’t, it never was.”

I memorized that quote from a poster that hung on my bedroom wall throughout high school. A done was flying away from the hand that released it. It reminded me of the temporary nature of most teenage romantic relationships.

The truth in that poster resonates throughout my life. It applies to things as well as people. Holding on too tightly can smother relationships. Gripping a job in fear and worry restricts creativity. To understand more clearly, if a butterfly lands in your hand, you crush it if you quickly close your hand to trap it. Instead of clutching, keep your hand open and appreciate the beauty of the moment.

Jesus said His truth brings freedom. Not freedom to live recklessly with no consequences. Rather, freedom to trust His sovereign control. It represents the willingness to hold His blessings loosely and allow Him to bring—or remove—things and people into our lives as He chooses.

Releasing something or someone into God’s hand is not a cold, uncaring act of indifference. Rather, it is deliberate surrender while trusting God to move according to His omniscient control as He fulfills His purpose.

This intentional release can be difficult and painful. The difficulty arises from our stubbornness and mistrust of God’s loving direction. Pain reveals our feelings of loss, separation, anxiety, and uncertainty about whether God will remove, return, or replace what we have given Him.

Releasing What We Cherish Most

If you are facing this struggle, prayerfully and faithfully entrust what you release into God capable hands. Then resist the temptation to reclaim it. Retrieving something released reveals a lack of trust.

Releasing may be easier through understanding several life themes. Not everyone who enters your life is intended to stay. Learn to distinguish the difference. Not everything you hold onto is beneficial. Relinquish what God is removing. God refines by returning, removing, or replacing. Trust His omniscience and sovereign control.

Loving Heavenly Father, I confess I am holding tightly to several things and people in my life. The things are important; the people are dear to my heart. But I admit I may be holding on too tightly or I may be holding to what’s not in my best interest. As an act of full reliance in Your sovereign control and with the knowledge that You want to do something great in my life, I am loosening my grip and releasing them all to You. I trust You and Your refining transformation. Remove, return, or replace as You see fit so I may become the best version of myself best suited to fulfill the purpose You have for me. In the mighty, unmatched, precious, and powerful name of Jesus, Amen!