Sir, Have You Been Drinking? 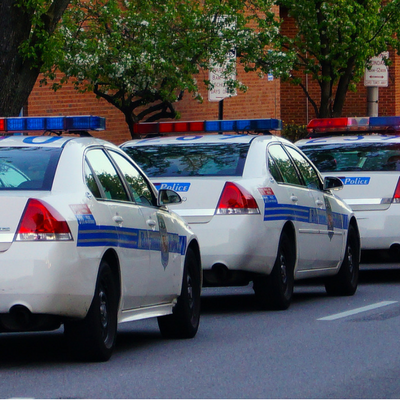 While driving to work one morning, I unknowingly passed a cop. As hard as it is to believe, I wasn’t really going all that fast and was pretty much staying with the traffic flow. After all, how fast can you go in morning rush hour traffic?

Well, it happened to be an unmarked police car and I didn’t see it or recognize it. As I passed by, I heard a car start honking at me.

Guess how well I respond to that?

I mean…early morning traffic combined with a foggy, pre-caffeinated brain, the usual impatience and my mind on the workday ahead!

The car sped up and I looked over two lanes of traffic to visually confront my early morning nuisance. I saw a burly, bald-headed guy in the car waving his arms and angrily pointing at me.

Guess how well I respond to that?

I scowled at him, made some kind of shoulder shrug and continued to move along with traffic. Yes, you guessed right – blue lights and siren blaring right behind me.

We stopped at the next red traffic light as there was no side street, shopping center or even a convenience store on that miserable stretch of road. From my rearview mirror I saw him get out of his car and head my way. As he approached my now open window, I asked him if he wanted me to pull over at the next intersection. After all, we were in the middle of three lanes of morning rush hour traffic and I was (insert sarcasm here) deeply concerned for the safety of the other drivers. To be honest, I was embarrassed and wanted to take our early morning circus to a quiet side street. He said, “Nope – we’ll handle this right here!”

He asked for my license and registration. So I rummage through the glove compartment looking for the current year’s registration and then slide what I thought was my license out of my wallet. Upon looking over what I had given him, he asked me “Sir, have you been drinking?”

At around 6:45 in the morning? Remaining calm and in control, I laughed and said, “No, why?” not understanding why he would ask such an unusual question at that time of day.

He said, “Well, I asked for your license and you handed me your debit card.”

The first thing I thought was, Does he honestly think I’m trying to bribe him to get out of whatever ticket he was going to give me? If so, he’d better have one of those card-swipey things for his smart phone!

I told him my debit card is the only thing I ever pull out of my wallet – must have been a habit. What followed was one of the most bizarre, rapid fire conversations I’ve ever had.

He asked if I didn’t notice the police car — I said, “Nope, it looks like any other car to me.”

He then asked if I couldn’t see him pointing to the speed limit sign – I said “No, I thought you were just another angry morning commuter who was mad for being in the slow lane.”

He asked if I couldn’t see his patch on his uniform that says “police” on it. Now at this time in the conversation, my mind immediately wanted to express something like, “I can’t even see faces at that distance” or “No, you could be a Rent-a-Cop Security Guard for all I know.” But something inside advised against demonstrating my snappy brilliance at that point in time of my life.

Once I realized what I had done, we made the exchange – my license for my debit card – and he went to his car to pull up whatever information he could find on me. After about three minutes of cars whizzing by us in the other two lanes and cars backing up behind us in our lane, he returned to say, “Mr. Stevens, we’re up here in North Carolina and we pay attention up here. Do you think you can pay better attention when you’re driving?” I happily and quickly agreed.

He asked me where I worked, so I gave him my employer’s name in downtown Charlotte. He asked me what building I work in and I told him. He finally handed me back my license and registration and asked me to be more careful in the future.

Then I did something I’ve never done before or thought I would ever do. I stuck my hand through the window and shook his hand, smiled, and thanked him! As I drove off, ignoring the staring, angry, impatient drivers all around me, I burst out in laughter as I replayed the entire situation in my mind! No, I hadn’t been drinking but I hadn’t been paying attention either.

I am thankful God has a sense of humor. I am also deeply grateful he is patient enough to continue working on me, molding me more and more into his likeness each day and in every situation. Even when I’m not paying attention.