Sovereign God Has It All Under Control 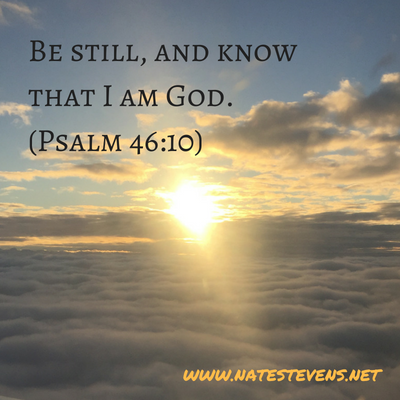 When the Lord your God has destroyed the nations whose land he is giving you, and when you have driven them out and settled in their towns and houses, then… (Deuteronomy 19:1-2).

When I’m feeling frustrated and impatient with your current circumstances, it is comforting to realize God has a sovereign plan. What a joy to know He works His plan to orchestrate everything for our good and His glory.

God’s sovereign orchestration is not a matter of “if,” but a matter of “when.” Following Him involves a spirit of expectancy and reliance, never fear and doubt. He is trustworthy, even when nothing material seems to happen. After the “when” comes the “then.” Once God initiates His plan, then there is usually work for us to do.

Be prepared for what God has in store for you.

God’s sovereign timeline supersedes human scheduling. For four hundred years, His people languished in Egyptian bondage while the pagan Canaanites engaged, promoted, and flaunted immoral and idolatrous lifestyles. Over these four centuries, the cries of deliverance from the Israelites broke His heart while the sins of the Canaanites turned His stomach. But, “in the fullness of time,” He justly resolved both situations—freedom for the Israelites and judgment for the Canaanites.

Be patient and trust His leading, according to His purpose, and in His perfect timing.

God’s sovereign omniscience overrides human logic and sentiment. At times, His overall plan may seem harsh and heartless, especially when involving the destruction of entire nations. However, He knows the thoughts and intents of each heart and already sees the outcome of each individual freedom of choice. This capacity enables Him to judge righteously as He orchestrates within the human landscape.

Be thankful His current leniency and long-suffering confirm a remaining opportunity to turn to Him. Be grateful His compassion and unwillingness “that any should perish” still allow for repentance and restoration.

God’s sovereign interaction still involves human participation. He worked with the Israelites to destroy the pagan inhabitants of the Promised Land but the “driving out” and “settling in” still required much human effort. There were still miles to walk and battles to be fought. However, their reward was inhabiting houses they did not build and towns they did not establish.

Be humbled, not simply at God’s manifold blessings and faithful rewards, but also by the incredible opportunity He extends to contribute to His work.