The War is On – Are You Prepared? 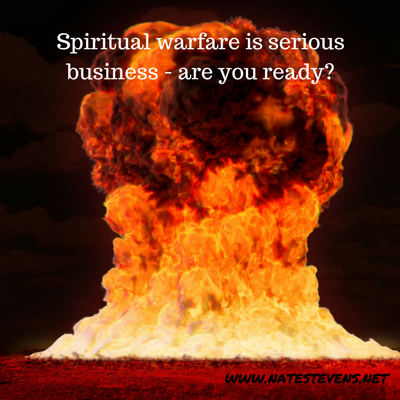 Then some of the itinerant Jewish exorcists undertook to invoke the name of the Lord Jesus over those who had evil spirits, saying, “I adjure you by the Jesus whom Paul proclaims.” (Acts 19:13, ESV)

Recently, Hollywood released yet another movie dealing with exorcism. Notably, they are utterly unqualified to portray such a solemn subject. Also, their mystical sensationalism encourages people to approach the spiritual realm ignorantly, vulnerably, and perilously.

As seen in the Book of Acts, God’s people faithfully declared the Gospel of Jesus Christ. And God blessed their efforts by converting many people through salvation. God also demonstrated His power with extraordinary miracles. Even handkerchiefs and aprons Paul touched held healing powers for the sick. They even cast out evil spirits! Obviously, God was moving mightily and miraculously.

Getting in on the “Game”

Of course, all this miraculous energy and buzz attracted people’s attention. A small group of men, who were not Christians, wanted in on the action. After all, if Paul could perform these miracles simply by proclaiming the name of Jesus, why couldn’t they? This band of ignorant pretenders chose to perform an exorcism while putting Jesus’ name to the test. They were unprepared for the ensuing war.

Their ill-fated attempt to invoke the power of Jesus, without having a personal relationship with Him or the presence and power of the Holy Spirit, left them vulnerable to a demonic attack. Interestingly, the evil spirit knew who Jesus and Paul were, but recognized these men as feeble imposters. The demon came prepared for war. His subsequent attack was so brutal, these “posers” ran from the house naked and bleeding!

We engage this type of spiritual war only through the power of the Holy Spirit and with the protection of the full armor of God (Ephesians 6:10-18). Believers: do not fear this warfare; rather, prepare for it and stand steadfast. Unbelievers: be saved by grace through faith (Ephesians 2:8); then put on God’s armor.

As God continues to bless you, fully understand the power and protection available to you. Be strong in the Lord. Humbly submit to God. Resist the devil. Pray at all times in the Spirit. Put on the whole armor of God. This is how we claim victory in Jesus’ name when engaging in spiritual warfare.