Tips on How to Handle Rejection 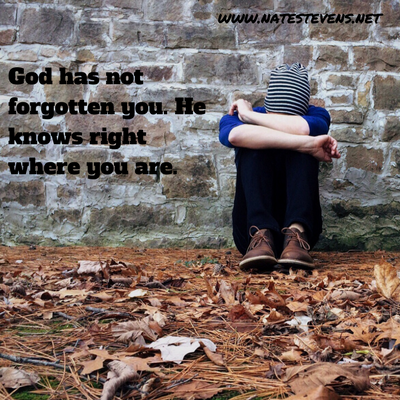 The Lord is close to the brokenhearted and saves those who are crushed in spirit. (Psalm 34:18, NIV)

Through feelings of insignificance, abandonment, or rejection, remember God sees where you are and throws no one away.

Sadly, some “friends” recently betrayed and abruptly discarded me. But God interrupted my rejection pity-party by reminding me of the story of Ishmael (Genesis 16), the son Abraham conceived with his wife’s servant, Hagar. God reassured me of His constant love and sovereign involvement in my life, regardless of how people treat me.

If you recall, God previously promised Abraham and Sarah a son who would be the start of a long line of descendants and large nations. Since they were both long past child-bearing, each passing year with no pregnancy made God’s promise seem highly improbable. So, to help God along, Sarah devised an irrational plan that Abraham did not question—although he should have.

Doubting she would have a child of her own, Sarah offered Hagar to Abraham. Her reasoning was that he could impregnate her servant and bring about God’s promise. Unbelievably, Abraham went along with the plan. He slept with Hagar and conceived Ishmael. But this was not the son of God’s promise. This was the son of an ill-conceived, immoral, and faithless plan.

As you may have guessed, Sarah’s plan backfired. The servant girl gave Abraham something Sarah could never take away. This triggered instant friction between the two women, fueled by jealousy, disgust, contempt, and competition. Sarah mistreated Hagar so much that Hagar eventually ran away. But God, in His love and mercy, met her in her misery. He promised that her son would also be the father of many descendants. Compassionately, He defended and provided for them, the scorned and rejected outcasts.

When God later repeated his covenant with Abraham to make him the father of many nations, Abraham doubted the promised heir would come through Sarah. Instead he asked God to bless Ishmael; in essence, asking God to bless his feeble, faithless attempt to fulfill God’s promise. God blessed Ishmael. But He reiterated His plan to build His chosen people, the future nation of Israel, from Isaac, not Ishmael.

Fast forward fourteen years to when Isaac finally arrived. The combined family soon developed a problem. Ishmael, as an ornery teenager from the scorned, lowly, illegitimate side of the family, made fun of Sarah and her newborn, legitimate, promised son. Although we don’t know what he said; we do know it made Sarah angry. She immediately demanded Hagar and Ishmael be disowned and removed. Against Abraham’s wishes, they were discarded as problematic, worthless, and insignificant.

But God did not forget them or His earlier promise to Hagar. As they wandered the wilderness, He spoke with Hagar. Homeless, abandoned, humiliated, hot, and thirsty, Hagar expected them to die in the desert. Although realizing rejection from others, God reassured them of His care for their future. Though not the son of God’s promise, Ishmael was the innocent offspring of Abraham and Sarah’s mistake. God didn’t reject, curse, or kill Ishmael; He protected and provided for him. Thank God that, in His sovereignty, He blesses and fulfills His own purposes, but He also protects the innocent, discarded, and forgotten.

When feelings of abandonment, insignificance, or rejection overwhelm you, remind yourself God has not forgotten you. He knows right where you are. He will always care about you, will always love you, and will always be there for you—even when your colleagues, friends, or family reject you. As Hagar did, present yourself before God, open your heart to Him, and trust Him to provide and care for you.

From the story of Ishmael, here are the reminders God wants to reinforce: