What Happened Before Time Began? 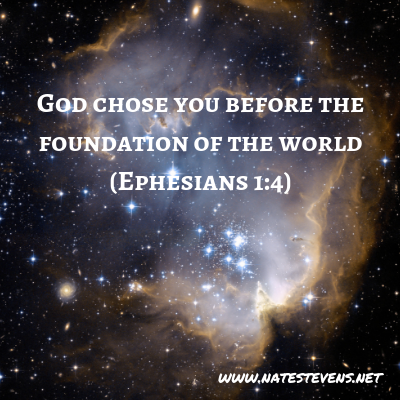 Do you ever wonder what happened before time began? What went on before God created the universe as we know it? The Bible narrative begins with, “In the beginning,” so it stands to reason something happened before that starting point.

Aside from the ever-crumbling delusion of evolution, the actual period of chronological progression we call time is nothing more than a small capsule in the overall eternality and infinity of God. Time is merely a pause button on God’s infinite remote control.

Since God is eternal, He existed before time and will exist after time has run its course. But, before He started time and created everything, curious minds want to know what He did.

Beyond mere speculation, God reveals small clues in His Word. I suspect He did this to reassure us, not to open Pandora’s box of wild guesses and crazy theories. As a loving Father, He gives the specific information we need to live, to get to know Him and understand His unfathomable love for us, and to prepare ourselves for eternity future. Within that information, He drops sufficient breadcrumbs to reveal we are not random beings and He has a purpose for this thing called time.

As part of the Triune Godhead, Jesus is also eternal. He existed before time and created everything. “In the beginning was the Word, and the Word was with God, and the Word was God. He was in the beginning with God. Without Him nothing was made that was made. And the Word became flesh and dwelt among us” (John 1:1-3, 14). Jesus, as the living Word of God, existed before time and came to earth to be God with us (Matthew 1:23).

The Apostle Peter explained Jesus was foreordained before the foundation of the world (1 Peter 1:20). “Foreordained” means experiential knowledge beforehand. Meaning, Jesus was foreseen or foreknown before the world began. His identity, essence, and purpose did not begin with His earthly birth. He has always existed.

The writer of Hebrews reveals God appointed Jesus His heir of all things by whom He made the worlds (Hebrews 1:1-2). Since He created everything, it all belongs to Him. As created beings ourselves, we also belong to Him. Jesus Himself said, “All authority has been given to Me in heaven and on earth” (Matthew 28:18). He knew God the Father “had given all things into His hand” (John 13:3).

Think of it this way, everything that has existed, exists today, and or ever will exist is all part of God’s estate. As Heir, Jesus has been entrusted with everything. At the conclusion of time, Jesus will hand everything over to God the Father. “When all things are made subject to Him, then the Son Himself will also be subject to Him who put all things under Him, that God may be all in all (1 Corinthians 15:28).

The beauty of all this is that it was strategically planned and sovereignly purposed before time began.

When He created humans, He made us in His image to distinguish us from the rest of the universe (Genesis 1:26). This distinction is a conscious realization of Him and a God-shaped vacuum in each person that only He can fill. Before speaking the first creative word, God granted us free will to choose for or against Him. That is the essence of love—loving someone and allowing him or her to love you in return, yet continuing to love even if he or she does not.

The Apostle Paul confirmed God chose us before the foundation of the world (Ephesians 1:4). Usually, when a specific choice is made, there is purpose behind it. How comforting to know God intentionally created us and has individual destinies and an overall purpose in mind. In His realm of sovereign orchestration, nothing is random. He chose us even before creating us.

As all-knowing, He foresaw the result of our freewill choice and knew sin would be introduced into His universe. Instead of scratching that plan, He deliberately made a way to eliminate sin’s stain and reconcile us back to Himself and His holiness. “God saved us and called us, not according to our works, but according to His own purpose and grace which was given to us in Christ Jesus before time began” (2 Timothy 1:9).

Should we ever think we can earn our way to Him or accomplish His righteousness on our own, we have but to remind ourselves He designed the purpose and grace of His indescribable salvation before time began. We were absent from that cosmic meeting so nothing we do contributes to His free and complete offer. Only through Jesus Christ may we appropriate salvation, forgiveness from sin, and restoration with Him.

And God planned it before time began.

In his letter to Titus, Paul explains God promised us eternal life before the world began (Titus 1:2-3). We were designed and destined for eternity—He placed eternity in our hearts (Ecclesiastes 3:11). This world will one day pass into eternity past. Eternity future will forever be ahead of us. That is God’s “eternal purpose which He accomplished in Christ Jesus our Lord” (Ephesians 3:11). He purposefully designed all this so we may bask in His presence forevermore.

So, what happened before time began? We may not know all the details just yet, but what we do know is that we were on God’s mind. He completely loved us, strategically created us, intentionally granted us free will, deliberately designed salvation’s reconciliation, and purposefully orchestrated all events so we could spend eternity with Him.

I sincerely hope and pray you accept His loving offer and eternally sovereign purpose before your time runs out. After all, He planned it before time began.