Will You Release Jesus in Your Life? 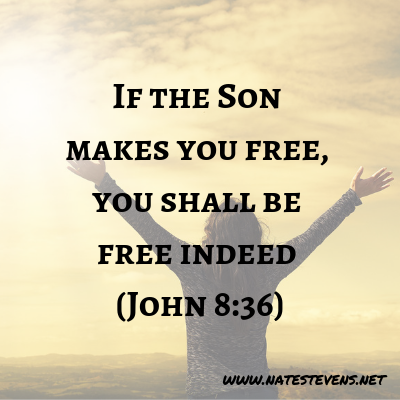 “You have a custom that I should release someone to you at the Passover. Do you therefore want me to release to you the King of the Jews?” Then they all cried again, saying, “Not this Man, but Barabbas!” Now Barabbas was a robber. (John 18:39-40)

Release can bring freedom or bondage.

After arresting and interrogating Jesus, Pilate found no fault in Him. Yet, when he asked if Jesus should be released, the angry mob chose to release a common thief. Instead of releasing the Giver of abundant life, they chose someone prone to disrespect, disregard, and destruction. Peter summed it up in Acts 3:14-15 by saying they asked for a murderer and killed the Prince of life.

Most of us are shackled by something. It can be a readily-visible battle with addiction or the hidden warfare of doubt, fear, inadequacy, or poor self-image. No matter the struggle, we all seek relief, even while continuing to wrestle with it.

Jesus said, “If the Son makes you free, you shall be free indeed” (John 8:36). Once Jesus is fully released in our lives—not bound by our doubts, restrictions, and rebellion—He brings freedom. His release brings freedom from the penalty and bondage of sin along with the opportunity to truly live. He alone offers liberty from what enslaves.

But He also warned, “He who does not enter the sheepfold by the door, but climbs up some other way, the same is a thief and a robber. The thief does not come except to steal, and to kill, and to destroy” (John 10:1, 10a). Apart from Jesus Christ, we face the “robbers” of Satan, sin, and evil influences—none of which bring freedom. On the contrary, they bind, steal, capture, and enslave. What they present as appealing becomes appalling. They promise to give, yet steal and destroy. They whisper “live it up,” yet deliver brokenness and regret.

With Jesus’ warning comes a choice. He is the Good Shepherd who gives His life for His followers. He said, “I have come that they may have life, and that they may have it more abundantly” (John 10:10b). By releasing Jesus into our lives, He frees us from what binds while also thwarting all robbers’ attempts to steal, kill, and destroy.

With our God-given freewill choice, we have the power to unleash Jesus who promises freedom and abundant life. But we must authorize His release before we can walk in His liberty.